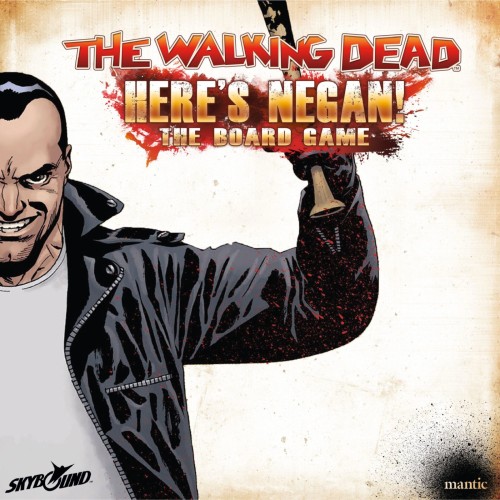 The Walking Dead Here's Negan has been your wishlist!
add  Add to Wishlist

Reputation is everything as you experience the untold story of how Negan and the Saviors cleared the Sanctuary.

Mantic Games is working with Skybound Entertainment to publish a board game inspired by The Walking Dead standalone series Here's Negan. Comic book fans will have the opportunity to play through a portion of Negan's background that’s never been seen before.

In The Walking Dead: Here's Negan – The Board Game, each player takes on the role of one of Negan's ambitious lieutenants. To win the favor of their despotic leader, Sherry, Dwight, Laura, John and Tara must help clear the "Sanctuary" of deadly Walkers. Danger lurks around every corner, however it's not always the Walkers that pose the biggest threat...

Work together to clear the claustrophobic corridors of the abandoned factory, but that's only part of the mission. You must also do whatever it takes to gain Negan's respect and players "win" by earning the most Reputation Points. Impress Negan and reap the rewards. Fail and face Lucille’s wrath.

Twelve scenarios tell the story of how Negan cleared the "Sanctuary" and went on to become the tyrannical leader of the Saviors. In these scenarios, players will clear the Sanctuary and each scenario features its own unique map layout, special rules, and objectives

It comes with 19 incredibly detailed, pre-assembled plastic miniatures, 16 double-sided game tiles, plus all the dice and tokens required to play.