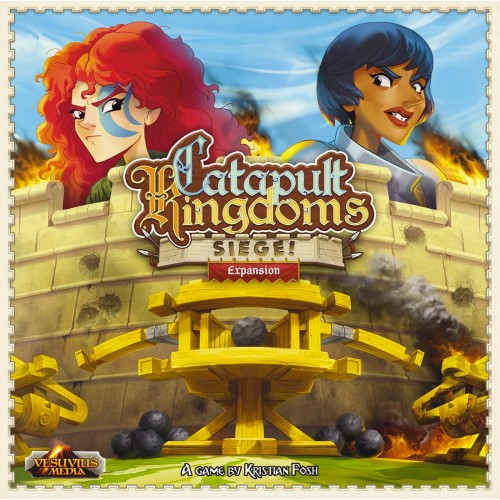 Catapult Feud Siege Expansion has been your wishlist!
add  Add to Wishlist

Build a fortress, set up your troops, aim your ballista and DESTROY!

The War for the Floor has begun once more!

This expansion requires Catapult Kingdoms to be played.

Warning! This is a game of construction/destruction of plastic bricks and figures... NOT your opponent, pets, or people who may foolishly pass through the field of battle! Please play fair and be careful not to hurt each other or damage anything... other than your opponent's attempt at an impenetrable fortress!