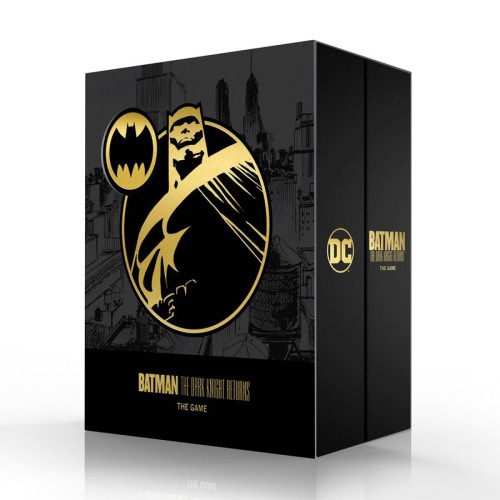 Batman The Dark Knight Returns Deluxe has been your wishlist!
add  Add to Wishlist

In the solitaire Batman: The Dark Knight Returns Board Game, you play "The World's Greatest Detective", who's been pulled back from retirement into a gritty Gotham. Do everything you can to beat back a relentless tide of ruthless mutants, cops, and press looking to bring you down. Instead of traditional leveling up, this is a game of attrition. An old Batman tries to survive one final gauntlet, facing old and new villains — such as Two Face, Billy Berserk, and The Joker — and even his most powerful ally, The Man of Steel himself.

The game is playable as standalone "missions" or one epic playthrough in which the results of each mission carry over to the next.