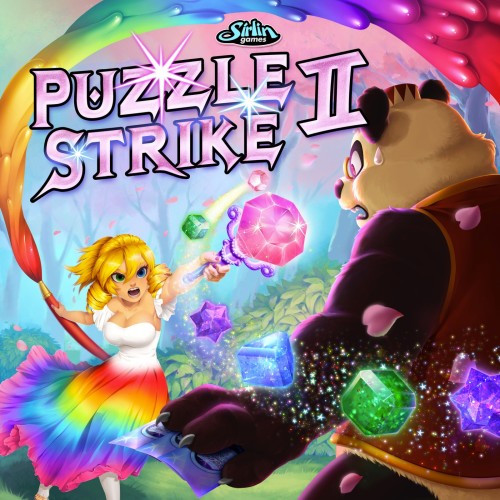 Puzzle Strike 2 has been your wishlist!
add  Add to Wishlist

The cast of Fantasy Strike has acquired magical gems which give power, but at what price? Those who hold too many gems are cursed forever. What’s worse, the ultimate gem to rule them all has been forged into a single, mighty scepter. Whoever holds it wields even more power at an even greater price.

In Puzzle Strike 2, players build their deck as they play, giving them the tools to arrange and manipulate their set of colored gems. These gems can be “crashed” (destroyed) in order to build up power for four different super moves as well as to flood other players with more gems. As this process unfolds, gems will fly back and forth between players as they desperately try to remain under the threshold of corruption. Holding the scepter “helps,” but can also doom the greedy.